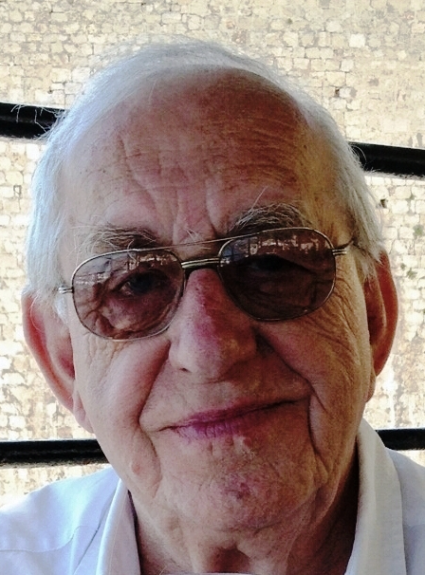 I started dancing seriously when I was 14 years old..my mother was an accomplished dancer and taught me the rudiments of Ballroom dancing. The dancing bug bit me and very soon I was into 'proper ' dance classes three or fou...read more

I started dancing seriously when I was 14 years old..my mother was an accomplished dancer and taught me the rudiments of Ballroom dancing. The dancing bug bit me and very soon I was into 'proper ' dance classes three or four times a week ...using the money that I had earnt doing my 'paper round' at the local newsagents. After a few years I reached medal standard. In my late teens and early twenties I competed in Ballroom and Latin competitions in the South-West of the UK with some small success... I was fortunate to also dance at some of the BBC 'Come Dancing' series venues and at the glorious Tower Ballroom in Blackpool. I have been dancing to Ballroom and Latin most of my adult life and never made any secret of the fact that this genre of dancing is my first love Always will be... no doubt of that..

I got involved with organising events OVER 40 years ago helping out the late great Roy Whatley and his monthly dances at Grange Leisure. My semi-professional musical career had ran for 11 years previous to this era in my life when i was playing in Showbands locally in the Cotswolds. It carried on almost alongside this period as I was also playing keyboards in various bands as well as managing artistes as well. Busy time in my life also having now acquired a wife and two children.

In 2000 I started to dance Modern Line Dancing for a while...thanks to the wife. I even got into choreography in 2003... i was asked to write a beginner dance by Di'Mond Spurs Instructor - Diane Sykes and it just snowballed from that for the next for 16 years...mostly to Latin music and rhythms... as I found that there weren't many choreographers covering that genre at all.

In 2012 I started the concern named Stardust Dance Promotions, working to raise money for national and local charities...so far we have raised nearly £22,000 at the end of 2019. Next year 2020 we are on another target with three events already planned for the 'Brighter Futures' GWH Hospital Charity.

As part of the SDP umbrella... I have also branched out into artiste promotion and currently have several bands who I do the publicity and promotion for on a regular basis. Working with several 'Big Bands' on promotion as well as tribute bands artists... in studio production of recording sessions and also playing keyboards on some of the backing tracks. I am very fortunate to be able to use all my skills as a dancer, choreographer, organiser and musician to the fore.

As a Line Dancer and Choreographer...I have written and choreographed over 100 dances during my career...danced in over 17 different countries of the world. All these dances are published as 'step-sheets' and can be found on all the usual lin dance script websites...including demonstrations and videos from dance groups all over the world...including the USA, South East Asia, and most of Europe. Iam told that I am widely known in South East Asia as a renowned Latin choreographer...one dance has 43 videos of it on You Tube! The last few years have been concentrated entirely on dances to Latin Music.

The dances listed on my Profile are all about my recent Latin choreography... for all others please have a look at my profile pages on COPPERKNOB. There are well over 100 to pick from... ranging from pop to country. Take your pick!