Send a direct Donation or payment to Natalie Thurlow to help them financially survive the current Coronavirus situation. 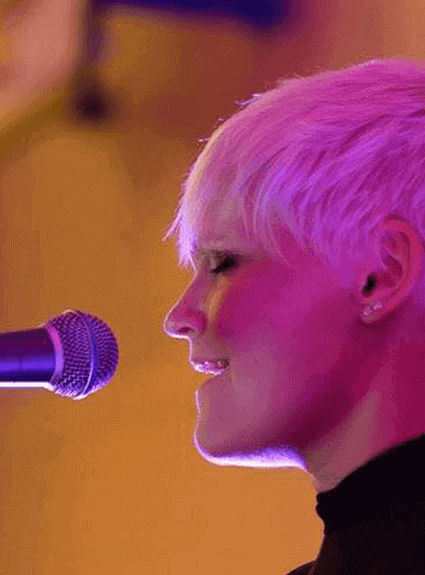 Awarded the maximum of 5 Crystal Boot Awards for 'Dedicated Dance Artist'.
**********************
I was born in Basildon, Essex back in 1980 - I am the youngest of three children, blessed with the two best brothers anyone could ask for. I had the most wonderful upbringing with the hardest working dad and the most perfect mum.
I am still based in Essex with my beautiful fiancee.

We all learnt the piano from a young age - my dad went up to Grade 5, my brothers both went up to Grade 7, and my mum and I achieved our Diplomas - entitling us to become Associates of the London College of Music. I also hold a Musical Theatre Diploma in singing.
In their spare time, Matthew composes music, and Chay plays the drums in his band 'Carbon Copy', which I am very honoured to be part of.
(Check out our page - Carbon Copy!)

Obviously the Piano is my main instrument, followed by Voice, but I also took the Trombone up to Grade 5 and the Saxophone up to Grade 3.
I started singing when I was 14 and I was in my first band which was 'Doctor Palmer and his seven daughters'! Predominantly an originals band, which was lots of fun!

I have been very lucky to work with so many Professional & Amateur Dramatic Societies, and for the past 19 years I have turned my hand to Musical Directing - including fantastic shows such as 'Beauty & The Beast, West Side Story, Little Women, Secret Garden, Nunsense' to name a few. Please keep checking back here or on my Facebook page for upcoming productions.

From 2004 - 2011, I accompanied 'The Howard Wallace Chorale' in Shenfield, Essex, under the direction of Tim Rhys-Morgan. A fantastic choir consisting of about 80 singers.
In 2010, I became a resident tutor of the choir 'Funky Voices' (under the direction of Sandra Colston) - superb group - Check out their page - www.funkyvoices.co.uk


At 18, I was approached by my music teacher who asked if I would come and sing with his Function band at weekends - a great opportunity which I snapped up! 'Sunset Boulevard' was a typical Function band, playing all the standards for Weddings, parties etc.

As the band began to fold, my music teacher, now very good friend, John Stevenson asked if I wanted to be in a duo with him, so 'It takes Two' was formed in 2000. We worked up until the end of 2002 as I had now met Nikky Napier who asked me if I would like to join 'Calico'.

I quickly explained that I knew absolutely nothing about the Country/Linedance circuit but Nikky assured me that I would soon grow to love it, which indeed I did!
Nikky and I became the best of friends, and I loved working with both her and Shanks (Brian) - The band, as all bands do, went through their changes, but all for the better.

At the end of 2006, I left Calico, which, to date, has been the hardest decision to make. I have always worked heavily with the Amateur Dramatic circuit, and with the amount of workload that Calico had, I found it impossible to do both.
After 3 months of leaving - I realised just how much I missed the Line Dance circuit, so I started up on my own, which has worked much better for me, as I now run my own diary and can cater for everything - including sleep!!

I am the resident MD for Lennox Productions, and I also co-run another production company called Firebirds.

I have been awarded the maximum
of 5 Crystal Boot Awards
for 'Dedicated Dance Artist'
An absolute honour. Thank you all!!!

Thank you for reading.
N x

New install in response to the Coronavirus Situation. Virtual online events. When using mobile devices, swipe sideways to view all details in list.