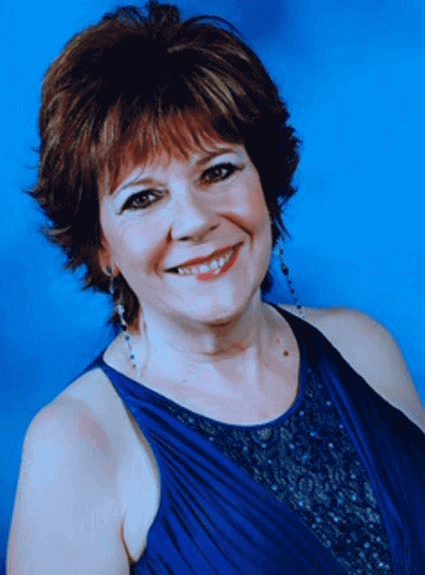 I have been a dance teacher for 45 years this year and 25 of those years as a choreographer and teacher of line dancing.
Linedancer runs an award ceremony each year called The Crystal Boot Awards at the norbreck castle...read more

I have been a dance teacher for 45 years this year and 25 of those years as a choreographer and teacher of line dancing.
Linedancer runs an award ceremony each year called The Crystal Boot Awards at the norbreck castle in Blackpool, these are to award top teachers and choreographers for their hard work to promote line dancing. The awards are voted by the dancers around the world, they put nominations forward in October each year, they are then short listed from hundreds of dances to about 50 in total, there are 5 categories - absolute beginner, beginner, improver, intermediate, advanced, with a winner chosen from each one again by the dancers. There is a coveted award each year for "the dance of the year".
I am very pleased and honoured to have received 7 awards


In 2014 I was given the honour of choreographing the dance for the Linedance foundation (LDF), I was asked by linedancer magazine if I would choreograph a dance to a track written by Rick Guard and sung by Tim Redmond called "Never Gonna Fall in Love". I was thrilled to be asked, I wanted to create a dance that everyone could dance from the beginner level upwards and have fun with............. "Fall in Love" was launched at the Crystal Boot Awards in Blackpool at the end of January 2014. We had loads of fun with 1000 line dancers in the room and thousands watching via ustream from all over the world. The money from the sale of the track goes to the LDF so from the response the dance has had we should have raised lots of money. At the end of the music we create a "heart" with our hands, I have had more than 100 clubs send photos to me with their dancers and their "hearts"! Thank you all so much x

I teach in Goostrey, Mobberley , chorley (nr Wilmslow), Poynton, Wilmslow and Wilmslow guild. Plus many workshops in Europe and have also taught in Australia.

I first saw line dancing when a ballroom examiner came to our dance school and told us it was going to be big in this country soon, so I invited the instructors to our school to show us what it was all about. I think the first dance I was taught was the Tush Push so I guess that has a special place in my heart, I loved putting the extra attitude in the dance, I watched American videos of all the variations.
Another dance I still love to dance is The Electric Reel, I remember teaching it to my class and my daughter who was about 8 at the time just danced it as though it was a beginner dance, eating a packet of crisps at the time whilst all the other pupils were struggling! Lol

The latest dance by Pat Stott is a Improver level 64 count 2 wall line dance called Pardon Me.
Music is A Fool such as I by the artist, Raul Malo.