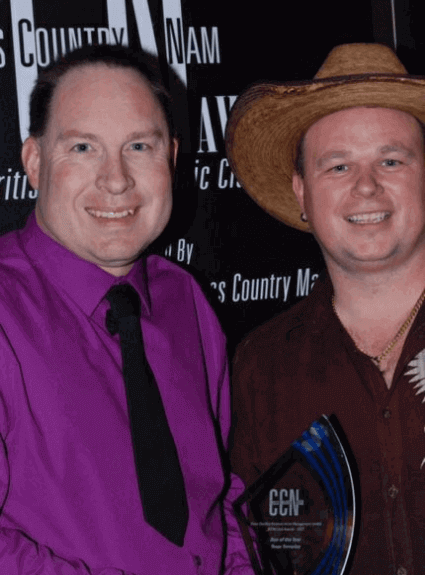 Formed late in 2004 out of a long-standing dream of Pete Stothard the Texas Tornados suddenly hit the country music scene like a ..... well, like a 'tornado' really! Within less than two months the circuit was buzzing with re...read more

Formed late in 2004 out of a long-standing dream of Pete Stothard the Texas Tornados suddenly hit the country music scene like a ..... well, like a 'tornado' really! Within less than two months the circuit was buzzing with reports and recommendations about the exciting new outfit that already had its own fan-base growing larger as each week passed. By the summer of 2009 not only had they rocketed up the ladder to one of THE most sought-after bands in the UK but they found themselves as nominees for the BCMA "Band Of The Year" awards in September!
The lead singer (Pete Stothard) - who also plays rhythm guitar - was of course well known already on the Line & Western Dance scene, having been at the forefront of the clutch of 'celebrity' Line Dance Instructors that sprang up when line dancing had that tremendous impact on the public at large. Having been brought up in the world of Country music from an early age (his parents were always staunch Country lovers who attended the festivals - and local clubs - regularly) dancing was a natural step forward for Pete, as at that stage it was being done only to his beloved Country music. From there it was just a matter of time really before his childhood dream of singing it - and for a living - became a reality.

On keyboards, guitar, vocals & harmonies there's a superb addition to the band - Stuart Payne, who has played in the stu-smallpast with many of the big names in Country music (including Circuit Judge, Sidewinder, and the succesful Hooked On Country Sold On Sixties Theatre Show) and who has a pedigree in Country music second to none. In gaining a top class player like Stuart the band had not only gained an exceptional talent but it gave Texas Tornados a bright new, lively, younger aged line-up to break yet more barriers.

Despite the fame Pete achieved through his line-dance teaching and demonstrations the band is far from being restricted to that sector - although they can hold their own with almost any of the established dance acts they do often play to totally non-line dance audiences with equal success.... as long as it's Country they're happy to play, and it's as simple as that. Pete is a total extrovert, and when the audience is up for fun it's nothing to see him leap off the stage while he's singing, join in the dancing, and generally throw all of his (considerable) energy into making sure the audience goes home completely and utterly 'entertained' - he doesn't know any other way - and his nickname of 'The Cockney Cowboy' comes from his general manner, outlook on life, and his insistence that life is good... as long as you always give it a helping hand. Be entertained therefore, each and every night, by the irrepressible Texas Tornados and go home with that 'happy' buzz afterwards.